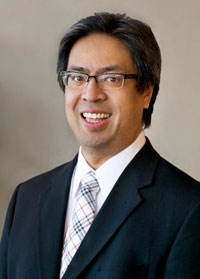 Robert P. Molina is a partner who has been with the firm since 1999. His practice is focused on civil litigation and insurance defense and has extensive experience in all aspects of premises liability cases, such as slip/trip and falls, building and design codes and standards, and security.  During his career, he has successfully tried a number of jury trials as well as done numerous arbitrations and mediations.  He also takes considerable pride in his briefs and papers, as writing has always been the aspect of the practice of law he has found the most satisfying.

A native of Wisconsin, Mr. Molina graduated from the University of Wisconsin - Madison with a bachelor's degree in English in 1991.  He then went to law school at Marquette University in Milwaukee, Wisconsin where he was a member and then an associate editor of the Marquette Law Review.  While in law school, he served as a law clerk for a judge in the Milwaukee County Circuit Court and also studied law abroad at Cambridge University in England.  After graduating law school in 1996, Mr. Molina was admitted to the bar in Wisconsin.  He then moved to Las Vegas and became a member of the Nevada bar in 1997.

Robert enjoys his time away from the office with his wife Sean and daughter Natalia.  His interests include films, music, and sporting events.  He also considers himself a "foodie," enjoying the wide range of cuisine Las Vegas has to offer. Mr. Molina is A-V rated. (AV Peer Review Rating - shows that a lawyer has reached the height of professional excellence. He or she has usually practiced law for many years, and is recognized for the highest levels of skill and integrity.)

If you would like to email me, please verify you are a real person and not a spammer by clicking the "I'm not a robot" option. This will reveal my email address to you.